In Memoriam: Jack The Dog 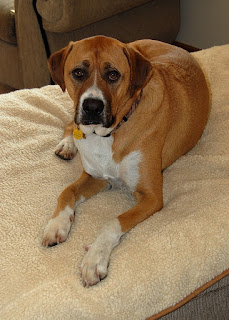 Jack The Dog, founder, muse, and Chief Operations Officer of Van Niddy Press, was euthanized after a lengthy illness in the only home he knew surrounded by his family. He is survived by a dozen sad hearts throughout the family and the neighborhood. Plans to replace him seem unimaginable at this time. 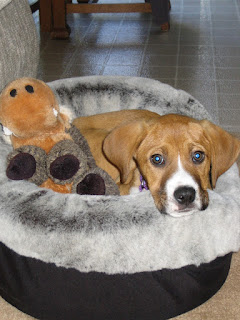 Jack The Puppy: I had to be talked into going to see Jack The Puppy at The Tony LaRussa Animal Rescue Center. I was working nights as a musician, and the rest of the household tried their best to assure me me that I could take care of the puppy during the day, and they would be with him when I went to work each night. I was not convinced this was a good idea, but I went along for the Sunday ride to visit the puppy. It is hard for me to imagine what my life would have been like if we didn't make the trip that day.

The Tony LaRussa Center is a beautiful facility; I was sure we had the wrong address and had pulled up in front of a hotel. We were meet by a friendly young person with a clipboard who told us we were 3rd in line to interview with the puppy. That’s when I knew this would not be as simple as picking out a puppy at the local animal shelter. We brought our senior dog Duchess with us so the interviewer could see how the two dogs reacted to each other. Then, when we told the interviewer that I would be the primary care giver for the puppy, I was subjected to the hardest interview I’ve ever experienced, for which I was woefully unprepared. Somehow we managed to convince the interviewer that the puppy would be well cared for in our home.

The first few nights were spent trying to get the new puppy acclimated to his new surroundings and, like bringing home a newborn baby, full nights of sleep became scarce. The whining heartbreak of a frightened puppy in his crate in the dark had us mortified to the point of laying in front of his crate so he could see us until he fell asleep.

In 2005 I had lost the encumbrances of a 20 year day job, and while the next 4 years found me trying on various hats for replacing my lost income, I decided to take on yet another non-paying creative endeavor (as if being a musician wasn’t bad enough): I was going to get “serious” with my writing, with no more of a plan than attaching the term “serious” to my efforts. I decided to start a blog as a place to keep and share my thoughts, and though I had no idea of what I’d be writing about, the title of the blog came easily since it would reference my closest and most trusted advisor:

My Dog Jack (and other thoughts on life) 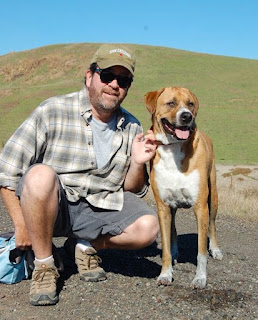 Jack The Companion: As he grew, Jack and I would become close companions and the best of friends. We had daily walks to Niles Canyon park were he learned how to be social with other dogs in a daily morning pack of mostly senior dogs and humans. It was a wonderful way to start each day: a brisk 2 mile walk on dirt trails alongside a creek full of ducks. He’d walk off-leash, and of course, disregarding my commands, he’d turn, look at me briefly, then run down the embankment to try and chase the ducks. Of course, he never got close, but that wasn't the point. 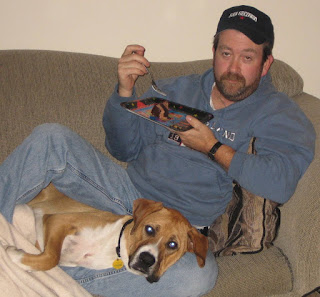 The years that followed contained various bits of medical and personal trials for me, and it is hard for me to imagine how I could have made it through it all without Jack there for comfort and solace. He saw me at my best, and most late nights, at my lowest, but he was always there.

Life changes had me leaving Jack’s house, and I always wondered what he thought about me not being there anymore. I would make trips to come see him and spend the day, but when I left he always looked at me with a puzzled look, head slightly tilted. I had no answer for him that he’d understand, because I knew taking him from the only home he’d known wasn’t an option. 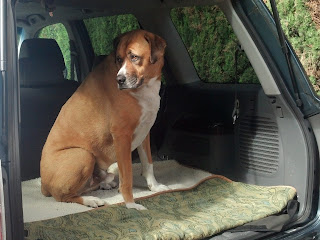 Jack in Print: In researching how many times I referenced Jack in my blog, I did searches for “jack”, “dog”, “squirrel”, and “walk”, and came up with 11 articles where Jack is either mentioned or is the main subject. My initial reaction was that, based on his impact on my life, it seems like a low number. I’ve listed my three favorites below. I hope you enjoy them.